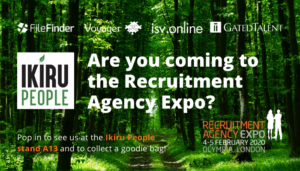 The Recruitment Agency Expo is back at Olympia London on 4th and 5th February – and FileFinder will be exhibiting under the Ikiru People banner for the first time!   Visit us at the Expo to meet directly with the FileFinder team who will be at hand to showcase the latest improvements to our market-leading… 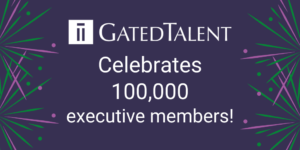 GatedTalent, the online platform that allows executives to share career information with executive search firms, is pleased to announce that it has achieved a major milestone in its development. This week it has signed its 100,000th new member registration.   The platform’s members’ pool – which features executives from more than 100 countries – has…

Important News For All Dillistone Systems And FileFinder clients 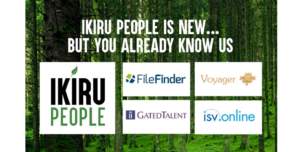 Dillistone Systems is delighted to announce that it will shortly join several of the recruiting industry’s best-known suppliers – Voyager Software, ISV.Online and GatedTalent under one new brand – Ikiru People.   Dillistone Systems has, for many years, been a wholly-owned subsidiary of Dillistone Group Plc – a publicly-traded company on the London Stock Exchange…. 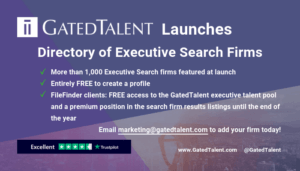 Dillistone Systems is delighted to announce that our sister company, GatedTalent, has launched a new Directory of Executive Search Firms. At launch, the platform featured more than 1,000 executive search firms.   The GatedTalent platform is growing rapidly. It currently boasts over 85,000 executive members and had over 50,000 unique visitors in September. Executive Recruiters…

Interesting Insights from Across the Dillistone Group

DILLISTONE GROUP INSIGHTS How Do Executive Search Firms Find Candidates? Linkedin Profile Optimization For Executives which Executive recruiters offer job search advice The latest blog from GatedTalent talks about how pays the headhunter? What is the role of the

Why should you choose executive search software over staffing software? 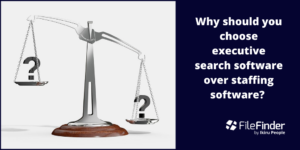 When it comes to reflecting on executive search processes, speaking to software providers hardly seems like the first place you’d go for answers! That said, I’m in a pretty lucky position.   I have the benefit of speaking to executive recruiters from dozens of different firms, operating in hundreds of different verticals, conducting thousands of… 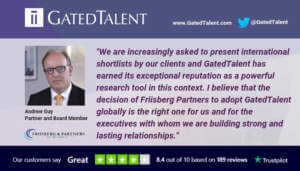 GatedTalent, the platform connecting senior executives with top executive search firms, has reached a global agreement with Friisberg & Partners International, a partner-owned management consulting group specialising in retained executive search with offices in dozens of the world’s major cities. Under the terms of the agreement, each Friisberg recruiter will have the ability to search…

GatedTalent, the next generation executive recruitment platform, is proud to announce a significant milestone of registering its 20,000th senior-level executive member. Having launched the innovative executive database at the end of 2017, the pace of registrations has increased considerably with two considerable milestones being passed in quick successions. The 10,000th registration was registered in August… 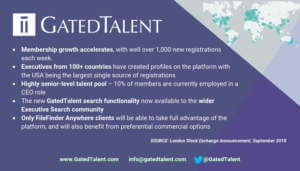 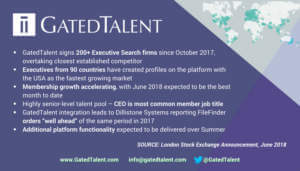 Dillistone Group Plc, the parent company of GatedTalent and Dillistone Systems, gave an update to the Stock Market on the performance of its new GatedTalent platform. The product, launched in October 2017, has grown rapidly and is now believed to be the fastest growing Executive Search technology in history. Highlights from the Stock Exchange announcement… 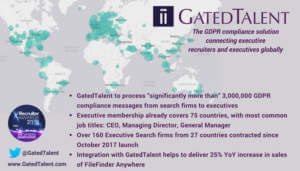 GatedTalent, the GDPR compliance platform connecting executives with executive recruiters globally, is proud to announce that senior executives from 75 countries have already created profiles on the platform to get “on the radar” of Executive Search firms. The talent pool continues to grow daily with invitations being sent by more than 160 retained executive search… 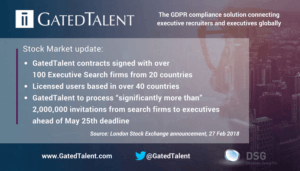 Dillistone Group Plc, the AIM quoted supplier of software for the international recruitment industry, is pleased to announce that its new GatedTalent business has reached a further landmark. Launched at the World Executive Search Congress in October 2017, the Company today revealed that in less than five months GatedTalent has signed its 100th client contract…. 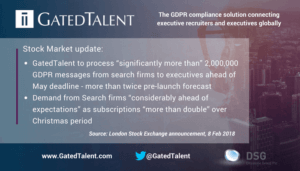 With the imminent enforcement of the new GDPR regulations, a stock market announcement from Dillistone Group Plc made clear the scope of the work being undertaken by executive search firms in preparation for the new rules. According to the announcement: • Search firms from 20 countries have contracted to send compliancy notes via the GatedTalent… 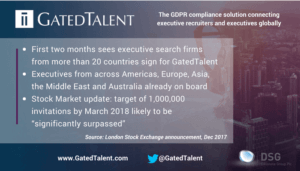 Dilistone Group is pleased to update the market on early developments at its new subsidiary “GatedTalent”. GatedTalent, launched on 9 October 2017 at the World Executive Search Congress, is a new private network designed to allow executives to share information with recruiters in a private manner while also assisting recruiters in their GDPR compliance. The… 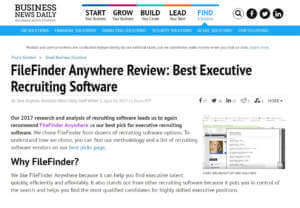 Dillistone Systems, the leading global provider of technology to executive search firms and strategic recruiting teams, is proud to announce that FileFinder Anywhere, its flagship cloud Executive Search software, has been declared “Best Executive Recruiting Software” in an independent review by global analysts BND. Prior to reaching a conclusion, BND’s researchers started with an extensive… 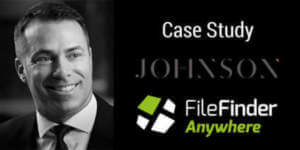 Dillistone Systems, the leading global provider of technology to executive search firms and strategic recruiting teams, is proud to welcome the return of Johnson, Sydney-based retained executive search firm with offices in Sydney, Singapore, Hong Kong and Shanghai, as a FileFinder client. Johnson, led by Jason Johnson, recognised as one of the most successful and…

Dillistone Group Plc, the AIM quoted supplier of recruitment software for the international recruitment industry through its Dillistone Systems and Voyager Software divisions, is pleased to announce its audited final results for the 12 months ended 31 December 2016. Highlights for the year: – Revenues up 6% from 2015 to £9.963m – Record level of… 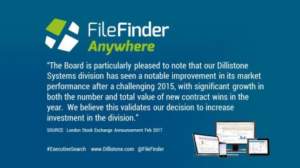 Dillistone Group Plc (“Dillistone”, the “Company” or the “Group”), the AIM quoted supplier of software for the international recruitment industry through its Dillistone Systems and Voyager Software divisions, is pleased to provide a trading update for the 12 months ended 31 December 2016. The Board is pleased to confirm that pre-tax profits before acquisition related…