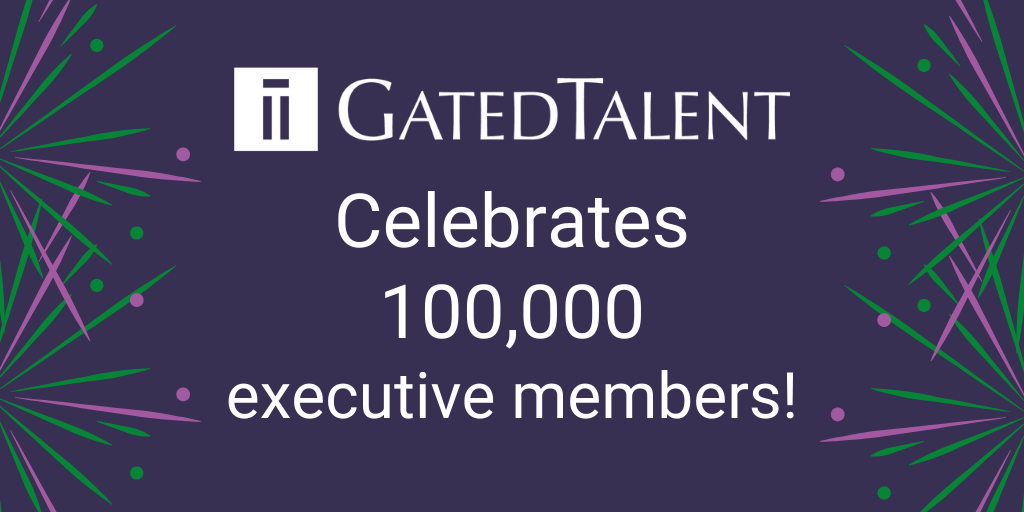 GatedTalent, the online platform that allows executives to share career information with executive search firms, is pleased to announce that it has achieved a major milestone in its development. This week it has signed its 100,000th new member registration.

The platform’s members’ pool – which features executives from more than 100 countries – has enjoyed significant growth in 2019, with 75% more “new signups” than in 2018. At present, the US represents the largest executive territory, with the UK it’s second-largest. The leading executive industries include Software and Computer Services, Management Consulting, Banking and Pharmaceuticals.

In addition, GatedTalent saw a significant increase in connection activity on the platform in 2019, with executive members accepting more than 400,000 connection requests from executive recruiters.

Jason Starr, CEO of Dillistone Group Plc stated: “We are delighted to achieve this major milestone, which brings us closer to our aim of being the largest platform of this type. Our membership pool is increasingly valuable to executive search firms and has been a factor in a number of recent FileFinder contract wins.”